Design of the first terminal at the Port of Montréal that allows for containers to be piled six-high to increase total handling capacity.

The team conducted a study of the load carrying capacity of the terminal, a berthing and making-fast study, a traffic study for access routes and an environmental impact assessment, designed the drawings and specifications, prepared cost estimates and provided technical assistance during construction.

The objective of this project was to meet the needs of the Port of Montréal Administration (PMA) with respect to increasing its total handling capacity. The new Viau terminal has augmented the Port’s cargo handling capacity from 1.6 million TEU (twenty-foot equivalent units) to 2.2 million TEU, for a 26% increase.

The design studies conducted by CIMA+ identified a number of issues to be considered in ensuring the success of the project, including problems with the physical properties of the heterogeneous fill materials on the site; sustainable management of contaminated soils, environmental and ecological factors and upgrading the defenses of the berthing system in order to accommodate larger capacity vessels.

Design of the construction work and technical support services

The design team provided the entirety of the design services for the project, and accompanied the PMA through the execution phase.

Problems with the physical properties of the soil

The site of the Viau terminal was originally a bulk terminal built on heterogeneous fills, the physical properties of which did not meet the bearing capacity requirements for ensuring satisfactory performance of the site, taking into consideration the enormous loads involved in stacking containers and the use of handling equipment. To increase the bearing capacity of the site, soil consolidation works involving dynamic compaction and controlled dynamic consolidation were carried out, along with construction of thicker asphalt and concrete pavements for container handling equipment.

Opting for on-site reclamation and reutilization of contaminated soil, the team optimized the thickness of the port roadway by incorporating the contaminated soil, which was treated by chemical stabilisation and cement-based solidification and used as capping layer material for terminal road surfaces.

The team conducted an assessment of the cumulative environmental impact (Canadian Environmental Assessment Act) with a view to identifying potential environmental attenuation measures and taking into account issues raised by the public. The design process for the project incorporated attenuation measures aimed at reducing the environmental impact of port operations. In addition, the design of the stormwater drainage system included structures for separating oils and sediments in order to eliminate their discharge into the receiving body of water. The terminal design also allowed for electric-powered unloading cranes, and the electrical power distribution network was sized to allow for conversion of diesel-powered equipment to full electric operation. 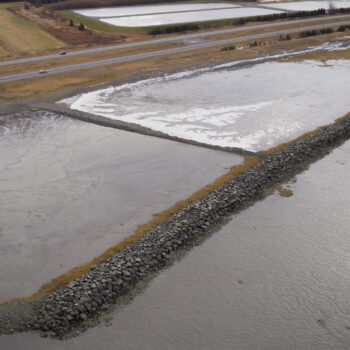 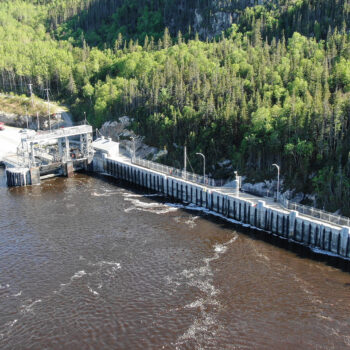 Reconstruction of docks for the Tadoussac/Baie-Sainte-Catherine Ferry 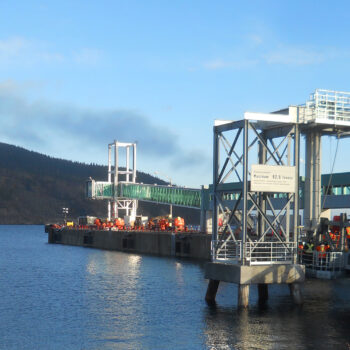 Adaptation of port facilities for the Baie-Comeau/Godbout Ferry 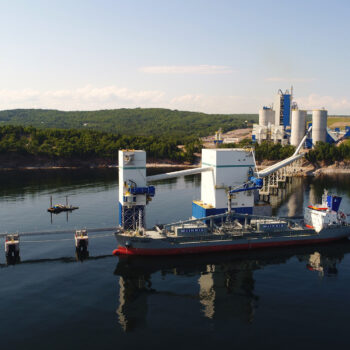 Construction of a deep water marine terminal at Port-Daniel-Gascons, Gaspésie 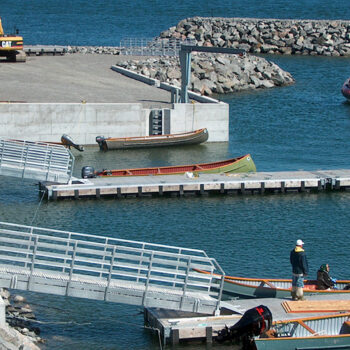