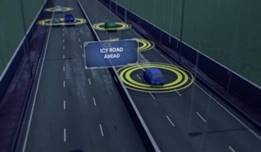 The Internet of Things (IOT) is everywhere and on everyone’s minds. Some predict that by 2025, the global IOT market could reach almost $1 trillion, compared to only $100 billion in 2006. It is a 10-fold increase in 20 years, an annualized growth of 12%!

But how should the engineering consulting industry position itself to help its current and future customers take advantage of this wave? This is the question that CIMA+’s intelligence network has tried to answer since the beginning of this year. Using different strategies to generate new ideas, their work includes the selection and development of most likely scenarios. It will culminate in a seminar to be held in October to discuss the IOT and the opportunities that this technology presents for consulting engineering companies.

In this article, we set the table and divide this concept into smaller, easily digestible and easier to understand takeaways.

Do you remember CADD in the early 1980s?

Maybe you will remember the craze around CADD (computer-aided design and drawing) of the early 1980s. The increasingly widespread availability of personal computers, coupled with the birth of primitive graphical interfaces, promised a replacement for the drawing table. Almost four decades later, as CADD takes all kinds of forms, including what is now called BIM, we are all fully aware of the implicit impact that this technology has had and continues to have on our ability to design and deliver spectacular projects to our customers.

So, how do we describe a technology that has such prodigious ramifications and potentially cause a substantial disruption? We will start by presenting three examples of applications. We will then discuss the essential ingredients required to implement an IOT application, the main software platforms currently available and what the future may hold.

Case 1: The IOT on construction sites

The magazine: “Les cahiers techniques du bâtiment” (Technical aspects of buildings) published an article at the end of January 2020 where they described an application that used IOT to ensure the safety of workers on a construction site. Basically, it was explained that thanks to the use of real-time geolocation sensors, site workers could receive a warning on their smartwatch when a crane was about to move a heavy or bulky object near them and warn them of the impending danger. A great example of how the IOT can improve safety on construction sites

With the IOT, the BIM digital model is becoming an asset management tool—the digital twin of the physical objects—that can then be used to schedule maintenance operations. In the case of a building, for example, we can use the IOT to receive vibration and temperature readings from the various mechanical equipment that provide heating, air conditioning, water distribution, etc. In doing so, we can monitor changes in these measurements, analyze these changes and intervene to prevent failure or we can use the measurement of the load imposed on the equipment to decide whether to delay the maintenance planned by the manufacturer or schedule its maintenance based on typical use of the equipment which might not correspond to the actual use that the IOT allows us to measure. With the IOT, we think of a user manual per unit, rather than a user manual per model. What optimization perspectives are in sight!

In a report published in June 2019, Gartner mentions that PTC and Software AG are currently the two leaders in the IOT in an industrial context. Other major players are GE Digital, Oracle and IBM. Note that all these companies are major important players in the industrial sector. There may be other players that are not mentioned here but are more relevant in more niched sectors.

As mentioned above, the IOT leads to the storage of a large amount of information that must be interpreted in order to make decisions. This is a favored playground for artificial intelligence and several developments are currently underway in order to use the data collected to train machines to make decisions automatically. Are sensors indicating many cars on a particular street? The traffic lights then automatically adjust to allow a smoother circulation of these vehicles while minimizing the impact to traffic on other arteries crossing the same intersection.

Now that we know a little more about what the IOT is and what the main ingredients to implement such technology are, the questions are: What role should engineering consulting companies play in this arena to support their current and future customers? How can they position themselves to benefit from this revolution and better serve their customers?

Do you want to participate in this reflection? Insert your ideas in the comments box at the bottom of this page. These ideas will be collected and analyzed for presentation at a seminar to be hosted by CIMA+’s intelligence network this October.