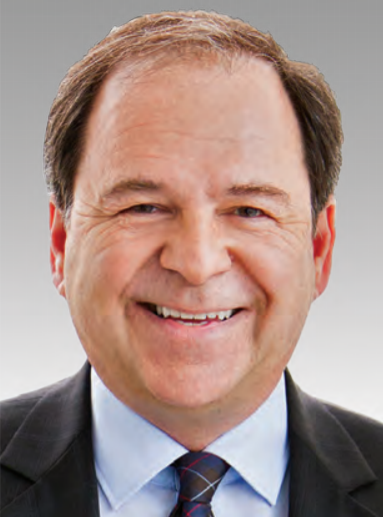 François Plourde, P.Eng., was honoured that evening as recipient of ACEC’s prestigious Beaubien Award. Presented annually, the Beaubien Award recognizes individuals for exception service to ACEC and for contributions to the advancement of consulting engineering through professional accomplishments.

If asked, François would say he is a builder with a passion for his work. He places great value in genuineness and authenticity, traits he has demonstrated throughout his career. Success, in his opinion, is measured by the courage to move beyond the past to make decisions for the future. These were some of the qualities that stood out to the ACEC Past Chairs Council when selecting François as the recipient of the 2019 Beaubien Award.

After graduating from Concordia University in 1984 with a Bachelor’s Degree in Civil Engineering, François embarked on his career as a bridge and framework engineer at Dessau. He joined Groupeconseils LNR Inc. in 1989 which later that year merged with other consulting engineering firms to become today’s CIMA+. Through hard work, determination and a visionary outlook, his star rose within the organization. In 1996 he became a member of the Executive Committee and held the role of VicePresident, Transportation for 14 years, growing the department from 50 to 450 employees across Canada. François has been involved in some of the largest transportation engineering projects in the province of Quebec, including the Turcot Interchange Reconstruction, the replacement of the Champlain Bridge in Montréal, the reconfiguration of the Dorval Interchange, and the completion of Highway 25 between Montréal and Laval. He has placed his mark on some of the largest pieces of infrastructure that thousands of people utilize in their daily lives, and for that, he has made a substantial contribution to lives of Quebecers.

In 2014, he was appointed President and CEO of CIMA+, a role in which he guided the company through challenging times for the consulting engineering industry and its clients. Under his leadership, it developed from a Quebec centric firm to one with a strong presence in Ontario and Western Canada.

For François, the heart and core of CIMA+ is its people. As a leader, he promotes respect and an overall sense of cooperation amongst colleagues. These values are the reason CIMA+ has been recognized as one of Aon Hewitt’s Best Employers in Canada since 2011, reaching the exclusive Platinum Status for three consecutive years. Under his leadership, the firm is one not only recognized for its excellence, but as one where people want work and encourages others to do so.

Throughout his nearly 35-year career, François has been involved in countless industry organizations and associations. He served on the Board of the Association of Consulting Engineering Companies – Canada (ACEC) as a Director, Vice-Chair and Treasurer. He also chaired the ACEC Task Force on PPP project execution methods. Since 1989, he has been a member of the Canadian Society for Civil Engineering, where in 2005 he received a fellowship in recognition of his excellence in the field of engineering and services rendered to the profession. François has also been active for the past 15 years in Association québécoise des Transports (AQTr), serving on the Board of Directors and holding the positions of Vice-President and Chairman. He received the prestigious Josef-Hode-Keyser Honorary Award from AQTr in recognition
of his contribution to the transportation sector in Quebec.

Aside from his professional commitments, François is also a generous and active member within the community. He serves on the United Way’s Greater Montréal Board of Directors and is involved with the Fondation Charles-Bruneau, an organization dedicated to fighting pediatric cancer. He has also been an Advisory Board member at his alma mater Concordia University in the field of Engineering and Computer Science (ENCS).

As the recipient of the 2019 Beaubien Award, François is recognized by his peers for his exemplary service to the consulting engineering industry and the profession.