Not everyone is equal when it comes to accessing telecommunications services. Urban centres and rural areas, generally, enjoy efficient Internet and cellular coverage, but such is not the case for remote communities where electricity and sometimes even roads do not reach. The result is a bona fide social divide where nearly 40% of the world’s population is on the wrong side of this divide. This is an untenable situation in the eyes of CIMA+ and its partners of the Consortium Innovation Technologique Énergie Côte-Nord (CITEC) who are developing a portable communications tower to alleviate this.

As a matter of fact, CITEC won this year’s Reconnaissance Award from the Ordre des ingénieurs du Québec (OIQ) for this innovative regional project. Lightweight and easy to install as well as inexpensive and—eventually—energy self-sufficient, this 26.5-metre tower holds the potential to “break the isolation of populations in remote areas,” the OIQ stated in a press release. “This represents the recognition of many years of work,” says Jacques Parent, partner and senior director of business development and operations management at CIMA+ in Baie-Comeau.

Part of this achievement is the fruit of the labour of Nova-Pro, an SME from Havre-Saint-Pierre who is also a CITEC member and who was in charge of the Structure and Mechanics aspects of this project. The proposed design—which will soon be evaluated for compliance with CSA S37 standard—consists in a series of telescoping 100% recyclable aluminum tubes that can be deployed without machinery, section by section, to form a guyed structure. “CIMA+ was responsible for the electrical component, which is to say the renewable energy sources used to power the telecommunications equipment integrated to such a tower,” explains Jacques Parent, who is also president of CITEC.

Once installed, solar panels and a wind turbine are mounted on the structure as well as a unit containing a complete electrical substation, and together, they generate the energy needed for telecommunications services. Batteries are also mounted up high on the tower to avoid theft. “We had to make sure that the system was sufficiently adaptable to a wide variety of usage contexts,” says Jean-François Savard, associate partner and electrical project manager at CIMA+.

The Côte-Nord region is a perfect example. Snowfalls can be inversely proportional to the hours of sunshine during its harsh winters. “This is why we conceived various external power sources. In addition to the wind turbine, you can also plug in a small portable generator, if needed, » Jean-François Savard explains. What’s more, polar temperatures are not uncommon north of the 48th parallel. “This represents a challenge for conventional batteries since their service life, measured in charging cycles, is limited in extreme cold temperatures.”

This led CIMA+ and Nova-Pro to develop a brand new high-performance lithium oxide titanate battery technology specifically for this project. These are tailor-made for communication towers erected in the middle of nowhere. “They are rechargeable down to -35 °C and can be recharged 20,000 to 30,000 times before they need to be replaced, but there’s still a bit of research and development to carry out we have a finished product that can be marketed,” says the engineer.

It shouldn’t be too long, however. “If everything goes according to plan, we should enter the market in 2023. And there’s no shortage of clients for these portable towers,” Jacques Parent says enthusiastically.

And just in case we need to reiterate this fact, this technology could change everything. Once in its final form, it would eliminate the need to work at heights, the need for concrete bases and anchors, and the need for specialized labour from several trades. It usually takes nearly eight workers four or five days to install a conventional communications tower, but with this innovation, it’ll take less than half a day for one or two people to erect it. “These portable towers could also facilitate the implementation of the infrastructure required for the Internet of Things,” concludes Jacques Parent. 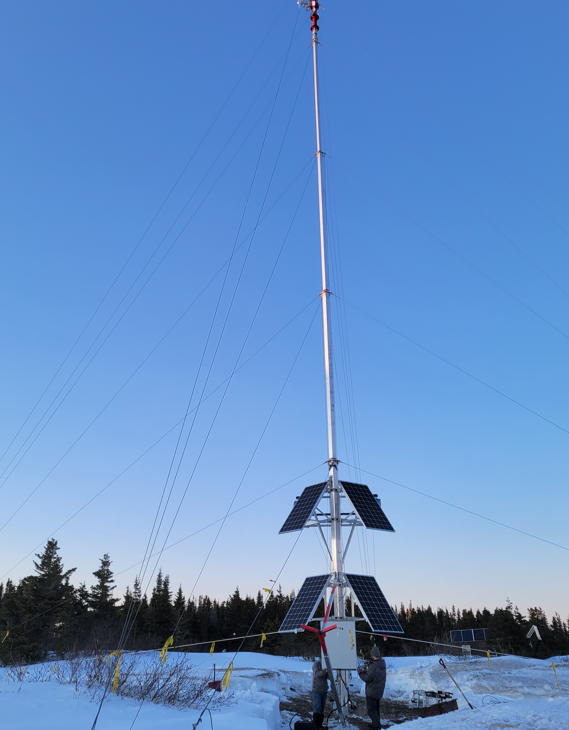 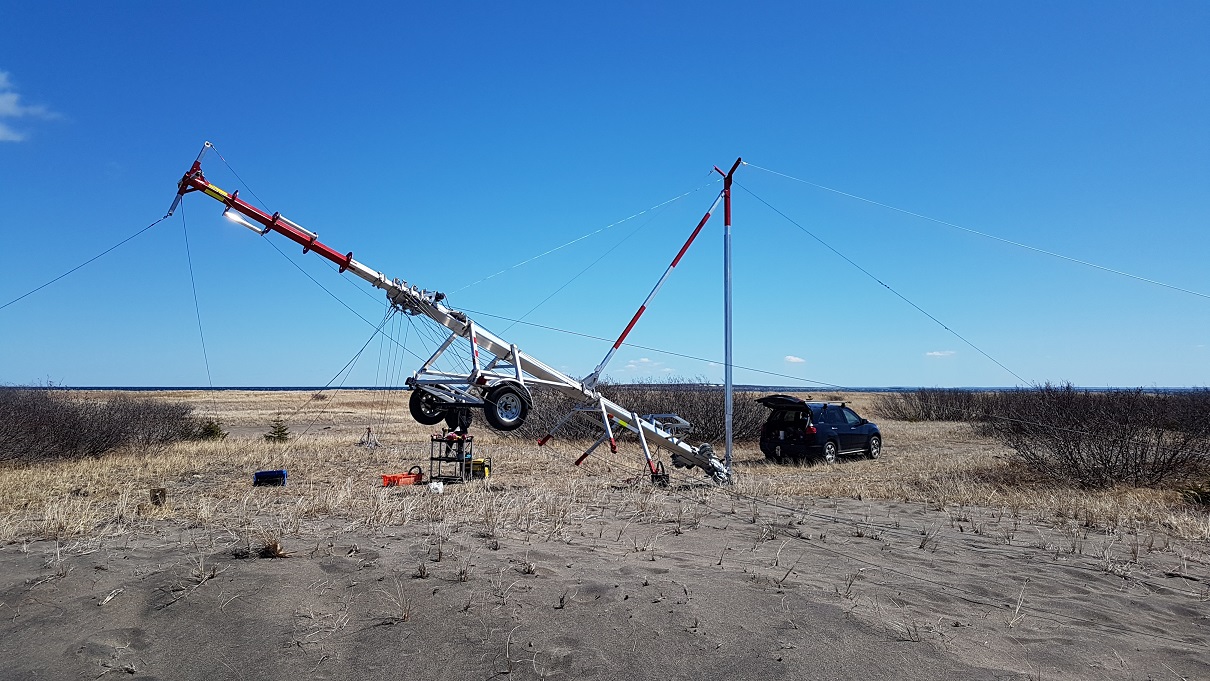